PHQ | QUESTIONS FROM COMMUNITY: In this episode Joel and Antonia answer a question about personality types – ethics – IQ – and Emotional Intelligence. 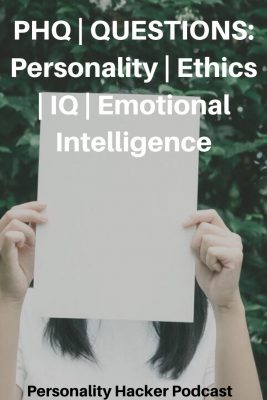