In this episode Joel and Antonia talk with Enneagram author and expert Beatrice Chestnut. 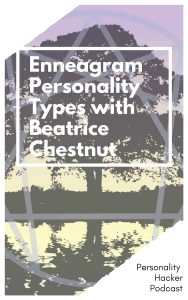