In this episode, Joel and Antonia talk about how our Enneagram instincts (self-preservation – social – sexual) influence our romantic relationships. 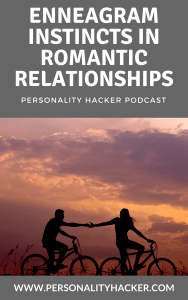