In this episode, Joel and Antonia continue a short series talking about the goddess archetypes that show up for some people. This episode details the vulnerable goddesses in everywoman. 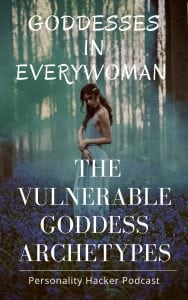