In this episode, Joel and Antonia continue to dive into deep personality type content around the cognitive function polarities, what they are, why they are important, and how they influence your personality. On the last episode they talked about the perceiving polarities. In this “part two” episode Joel & Antonia discuss the Judging Polarities. 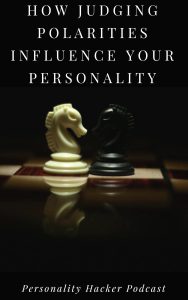