In this episode, Joel and Antonia talk with Christian Rivera about his journey through mental health issues as an INTP Personality Type. 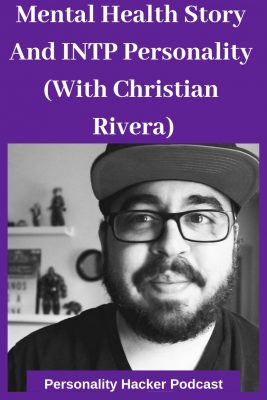