In this episode, Joel and Antonia complete their 3-part series on how to be an influencer and detail how to choose the right publishing platform and connect with your audience. 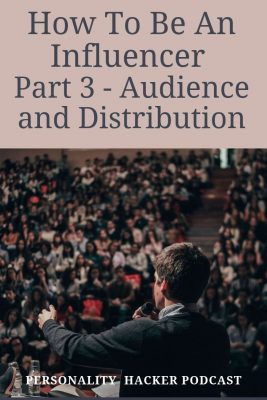