Podcast – Episode 0372 – The Paradox Of Each Judging Function

In this episode, Joel and Antonia talk about the idealism and paradox of each Jungian Judging Function. 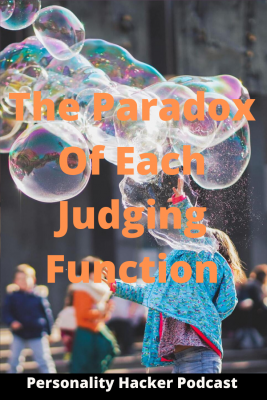