In this episode, Joel and Antonia conclude a 2-part series about respecting your 10-year-old cognitive function (technically called the tertiary function). In this episode, they cover the four perceiving functions. 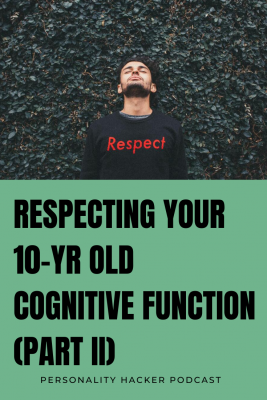