In this episode Joel and Antonia talk about the reliability of personality typology systems.

In this podcast on personality typology systems you’ll find:

Things we reference in this podcast: 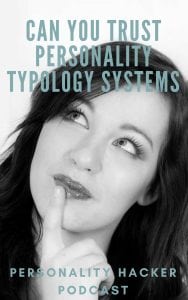