In this episode Joel and Antonia talk about strategies to overcome limiting beliefs in your personal growth journey and life.

In this podcast on overcoming limiting beliefs you’ll find:

In 1954, Roger Bannister did something everyone thought was impossible. He ran a mile in less than 4 mins. Since then multiple people have done so. Nothing really changed, but it took him to prove to us it could be done.

Last podcast was on becoming an excellent communicator, and communicating our mission.

We’ve observed that the thing that holds people back is not a lack of tools but a general belief that they are disqualified from doing the big thing they want to do for the world.

One of the most insidious ideas we adopt is the belief that something cannot happen based upon conjecture.

A limiting belief is anytime you tell yourself that something is impossible because of the various excuses we have invented. Disempowering narratives we spin to justify inactivity or choose the path of least resistance.

Our brains are great at constructing detailed reasons why something we want cannot happen.

Not all limiting beliefs are our own. Some are our parents that we adopted. We assume they are reality because we gave over so much trust to our parents.

Some limiting beliefs come from society.

Some are around our own fears.

Others are justifications for not going for what you want.

It’s so easy for us to see others limiting beliefs and point them out, then overlook our own believing they are more real.

When we have one of these beliefs they can seem so real that there doesn’t seem any way out.

Reddit pictures on sailing trip. Guy quits job, buys a boat and sails from Washington to Mexico. Everyone says, “That’s impossible.” “That’s not reality.” “Stop having these pie in the sky ideas and just work your sucky job and be miserable like the rest of us.”

Or we might tell ourselves, ““Nope, that’s not possible for me. Only for them.”

If we want to accomplish big things in the world and push the trajectory of the planet into more positive outcomes we have to let go of limiting beliefs.

The best cure is prevention. Be diligent about not allowing limiting beliefs to come into our field in the first place.

Don’t be lazy about your inputs. stay on top of them. Avoid news channels which heighten fear and instability.

Sometimes we don’t recognize what our limiting beliefs are, but a good way to find them is by asking yourself what you have resistance around when someone suggests an alternative to what you’re doing.

We can create limiting beliefs based upon previous experience and multiple failures.

The best way to find your way out of this pit is to recognize how much protection you have around the belief. If you have fortresses around your limiting belief, that means you’re highly protective of it.

Generally the reason we do this is because the pain of getting back in the saddle is too much to consider. There may be trauma around a limiting belief. There may be some healing needing to be addressed.

Limiting beliefs can be a great indicator of what our next growth project should be.

Some of our limiting beliefs can be adopted. Baby elephants are tied by the leg to a strong stake the small elephant cannot escape. By the time the elephant becomes full grown the tree is no impediment, but they are so conditioned that they cannot go anywhere. The fully adult elephant will stay in place even if it is only held in place by a twig.

Maybe we tried something in an early stage of development so we assume we can’t do it even though we have grown and changed and may be able to do it now.

All things are possible to all people at all times.

Walt Disney was having some success as an animator. Then he moved to LA and found out there was way more competition there. He had to change his perspective and realize he was now a little fish in a big pond.

Use people who have done the impossible as inspiration.

Recognize that whatever you want to do you have the ability to make it happen.

If you shoot for your goals look at how far you will go? Even if you don’t make it to the moon, you will set an intention for greatness and you will experience things you never thought possible.

A lot of our limiting belief are based upon loyalty to belief systems. Most of our loyalty is based upon a false dichotomy. 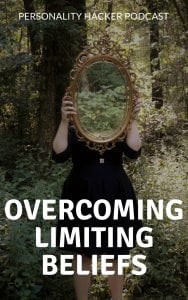